We' re back with a bang supporting the Feeling Good Week run by Wicklow Mental Health. 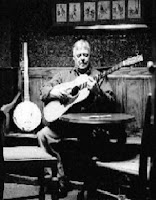 Al O'Donnell developed his interest in folk music while attending Art College in Nottingham, listening to Ewan McColl and Peggy and Pete Seeger.

The Irish folk scene was just developing at that time (1960's), and over the last 40 years he has become "one of the great voices in our singing tradition". He also was one of the members of Sweeney's Men. If you missed him at Americana and Roots festival, now’s your chance to see him at the Space Inside.

Phil Lynch has been writing poetry “off and on” for many years. His poems have appeared in a number of publications and magazines, some were also featured on RTE radio.
Phil is a member of the Dalkey Writers’ Workshop. He has performed on the Word Stage in the Mindfield at this year’s Electric Picnic Festival. Earlier this year, he recorded a piece for Dublin Poetry Week on Balcony TV and was featured in the ‘Scrapbook’ series on Liffey Sound FM. 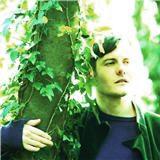 IMRO Unplugged Winner Keith Moss will appear for the first time at The Space Inside showcasing songs from his critically-acclaimed sixth studio album What Eludes You Moves You.
He has been described by The Irish Times as ‘a curious mixture of Bernard Butler and Loudon Wainwright III..An instinctive performer...Someone to keep a judicious eye out for.’ His music is so unique that ‘influences prove difficult to pin - a touch of acoustic REM, Smashing Pumpkins, Billy McKenzie…Fantastically odd’ Blank.
http://keithmoss.bandcamp.com/
Posted by Carol Boland at 4:06 AM No comments: Links to this post