Hue Grass are a contemporary mix of bluegrass country/folk/style of music with an eclectic range of pace, performance, personality, poise and beauty! HueGrass is Rachel, Peter, Roisin, Jodi and Karima, a group of locals who got together through their shared interested in Irish and American folk music, and their love of harmonising. They met through playing at a local trad session in Greystones and made their debut performance at this year’s Greystones Americana and Roots Festival. 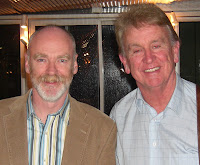 Avoca Sean Olohan from Wicklow Town and Simon Keogh from Dublin have been together for longer than they’d care to remember! They have played at home and abroad as a two piece band, but extend to a three or four piece as The CANTONS.


Avoca have toured in Switzerland, Portugal, Germany and Austria, as well as throughout Ireland. Sean’s song ‘SAVING LIVES’ has been the group’s biggest success to date, topping the Irish National Charts.

We welcome Sean and Simon back to the Space Inside for another lively evening of memorable folk songs. 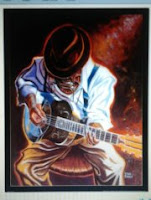 Jerard J Manning or Jj ‘thumbpicks’ Manning plays acoustic guitar, slide guitar and 5 string banjo. He has been playing on the acoustic scene for 30 years off and on. In his early years he performed at Cambridge, Bromyard and Tanner's Hatch festivals, as well as an appearance at the Cardiff University Festival alongside such musical note worthies as The Chieftains, The Fureys and Davy Arthur.


Jj will be joined on the night by some of his friends. Anything can happen.

Posted by Carol Boland at 5:36 AM No comments: Links to this post

iamniamh (Niamh Parkinson) is a Dublin based artist and has performed in a variety of genres, from pop song writing to singing in Operas. She is making herself know on the Dublin music scene and has recently composed the score for the Cannes Film Festival accredited film Mirrorman. iamniamh is a pianist, singer and cellist, She is currently putting together an EP and is spreading her music to the UK. Niamh has supported The Spikes and The Lazy Band and will support Paul Diello on some of his UK shows. William Parkinson (drums) recently joined iamniamh adding new and fresh to approach to her music.
http://soundcloud.com/iamniamh/sets 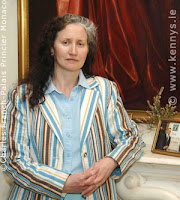 Anne Fitzergerald is a poet. Raised in Sandycove Co. Dublin, she was educated at Loreto Abbey Dalkey, Trinity College, Dublin (Law), and Queen’s University, Belfast. In 2007, she was writer in residence at The Princess Grace Irish Library in Monaco. Her published collections include Swimming Lessons (2001) and The Map of Everything (2006) and her latest collection Beyond the Sea, was published by Salmon Poetry.  Anne now lives in Dún Laoghaire and teaches Creative Writing in Ireland and in North America. She will read poems from Beyond the Sea.

Dermot McCabe was born in Bray, Co. Wicklow and is one of the founder members of Abraxas Writers.He took early retirement from RTE to follow his love of literature and writing. Since then, he has written a series of three Gothic novels set during the late middle ages in a fictional fortress city called Dredgemarsh. The first of the trilogy, The Reluctant King, was recently published . The Lost Prince will be published early in 2013 and Firedrake at the end of 2013. Dermot will read from The Reluctant King on the night.

Posted by Carol Boland at 3:12 AM No comments: Links to this post