Last Live Night of the season

The final Space Inside Live Night of the
2007/8 season had another great lineup of quality acts.
Due to construction work at the Wicklow Sailing Club, the session was held in the smaller room in the club. The intimate surroundings gave the night a party atmosphere with all the performers really enjoying the experience and asking to come back next season.

Indiivara are a tribal dance group. They dance
American Tribal Style Ballydance Dance, which takes
its influences, both in its dance moves and dress
code, from tribes from around the world.
The group trains under Wendy Marlett a renowned
teacher who herself trained with the originator
of tribal dance, Carolina Nericcio. The basis of Tribal
dance is a community of dancers coming together in
dance. The dance itself is unchoreographed with the
dancers relying on a variety of cues, move cues or
voice cues to enable the dancers to stay together.
Members are made up of many nationalities including
Irish, Scottish, Spanish, French and American. Two
of the dancers live here in Wicklow. 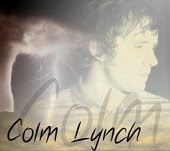 Relentless gigging in the 18 months since the release
of his widely acclaimed debut album ‘A Whisper In A
Riot’, must place Colm Lynch at the forefront of
contenders for hardest working musician in Ireland.
His approach to song writing is firmly based on the
philosophy that a good song should have a strong
melody and meaningful lyrics. Colm has been
bringing this message to an ever-expanding audience
while consolidating his loyal fan base.
Along with his solo performances in pubs and clubs
across Ireland, he has supported acts as diverse as
The Blizzards, Julie Feeney, Kate Walsh, Aslan, John
Power, Foy Vance and Mundy.
His forthcoming appearances include Castlepalooza,
The Button Factory, The Dalkey Arts Festival, The
Bray Summer Fest and The Ballyknockan Festival.
For more info check out
www.myspace.com/colmlynch or
www.colmlynch.ie 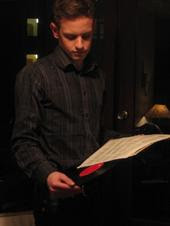 Andrew is a vocalist, musician and
songwriter. He spent most of his formative
years in Wicklow Town but spent the last three
years living and studying in Dublin.
Andrew’s influences are Scott Walker, Leonard
Cohen and Morrissey.
Accompanying himself on acoustic guitar,
Andrew will perform a collection of his own
work interspersed with familiar songs from his
wide repertoire.
Check out his music on www.myspace.com/
andrewboland


If you would like to perform for the first time, or for the nth
time, at the Space Inside, contact us at
spaceinside@hotmail.com or phone 0851138367
Posted by Carol Boland at 8:52 AM